Your customers don’t enjoy banner ads. In most cases, they’re ignoring them. Those disruptive video ads that automatically play out of their speakers make them want to rip their hair out. And the ads that take over the entire screen and cover the content they’re desperately trying to consume is infuriating.

Don’t believe me? Reports indicate that 86 million American readers will use an ad blocker this year; that’s more than 25% of internet users! 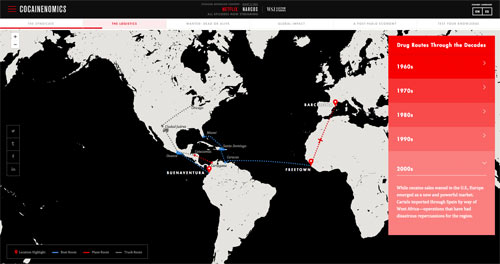 To help promote their new show Narcos, Netflix partnered with the Wall Street Journal to provide an in-depth article that discussed how the Medellín Cartel operated as a business. This strategy made sense based off the Wall Street Journal’s in-depth business coverage. The article used interactive maps, timelines, and featured supporting video clips from the Netflix show to help support the topic of the article.

While an obvious promotional piece for the show, it also provides the reader with interesting information about the cartel and how cocaine was transported into the US. Consider how you can write about an aspect of your business in an informative way that isn’t directly trying to sell your products, but rather telling a story that your readers will want to consume.

For Cinco de Mayo, Taco Bell decided to create a sponsored Snapchat lense that turned the user's face into a taco with their company branding below. The lense quickly shattered all records and was viewed 224 million times.

While the cost was high, Taco Bell did their homework beforehand, knowing this was where they would reach their customers. As a small business you can certainly use Snapchat as part of your advertising strategy if this makes sense for your audience and create native filters that your audience can interact with. 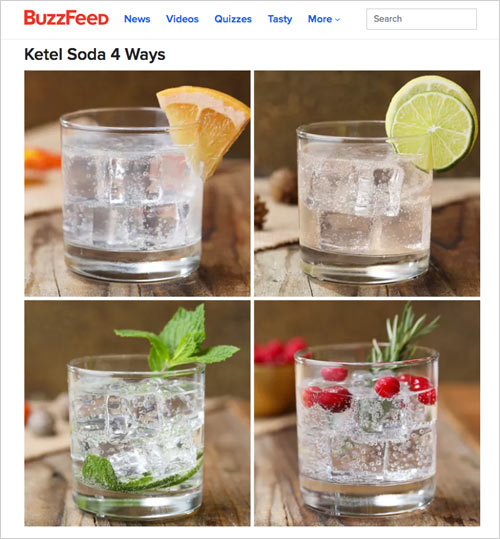 Buzzfeed is king of integrating native advertising with their content. In this specific example, they give the reader four different recipes for creating flavorful vodka soda drinks, all using Ketel One vodka. They included a video showing the viewer how to create the recipes, and posted the actual ingredient amounts on the website.

While not a direct sell for Ketel One Vodka, these recipes not only inspire the viewer to make the drinks, but keep the brand top of mind when shipping for everything. If your product fills a need, creating content similar to recipes for your audience is a very effective way to lure them in and introduce them to your brand.

Cinnamon Toast Crunch has branded itself as a cereal that makes those who taste it go crazy. They partnered with Buzzfeed on a campaign that isolated this personality to create a fun article about wacky holiday cards. While the article doesn’t promote Cinnamon Toast Crunch in the least, it does align with the company's message.

Just remember that the content doesn’t have to be promotional. In fact, it’s best if it’s not. Just be sure it speaks to your demographic and overall brand message.

Native advertising is a great way to engage your audience. If you’d like to learn more about the tactic and incorporate it into your strategy, we can help. 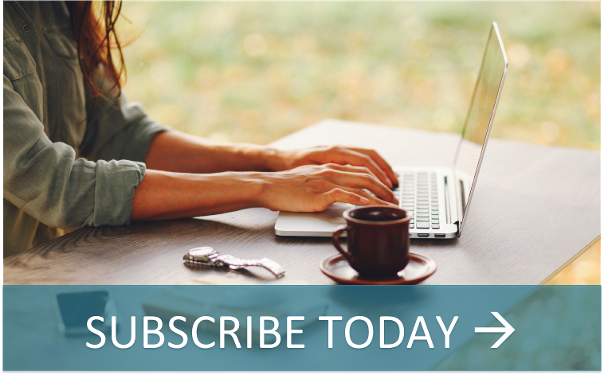